The Private-Sector Opportunity to Improve Well-Being

Leaders around the world increasingly recognize that GDP alone cannot give a full picture of a country's performance. The well-being of citizens is an even more important measure. The Boston Consulting Group’s Sustainable Economic Development Assessment (SEDA) is a powerful diagnostic designed to provide government leaders with a perspective on how effectively their countries convert wealth, as measured by income levels, into well-being.1 But while the public sector is increasingly focused on well-being and how to enhance living standards, it has not been clear what role there is—if any—for the private sector.
Our research shows that the private sector can make crucial contributions to well-being. When scalable, sustainable solutions to social challenges emerge, we often see the private sector playing a central role. Such efforts go beyond corporations' support for social or environmental causes that are unrelated to their primary business—often part of corporate social responsibility initiatives. Rather, companies can innovate within their core business models in a way that not only enhances shareholder value but also helps address important societal challenges.
To understand the opportunity for the private sector to make a meaningful social impact, we took a close look at the financial services sector and the issue of financial inclusion: access among underserved groups to services such as simple payment and money transfer services, deposit accounts, credit, and insurance. Among our most compelling findings: there is a clear and measurable link between financial inclusion and well-being. And this connection holds even when we control for income, which means that it is not due simply to wealthier countries' higher levels of both well-being and access to financial services.
In addition to the insights on financial inclusion, our 2016 assessment highlighted some interesting stories:
Notes:
1.
Our data set includes 162 countries plus Hong Kong, which is a special administrative region of China. For the sake of simplicity, we refer to all entities as “countries.”

For each country, we calculate four measures that provide insight into relative levels of well-being:

The top ten countries in current-level SEDA scores are in Western Europe. Norway is number one, as it has been since we launched SEDA, in 2012.
When it comes to countries that made the greatest strides in well-being, Asia and Africa dominate. Ethiopia has the highest recent-progress score—gains there have been particularly strong in income and health. (See Strategies for Improving Well-Being in Sub-Saharan Africa, BCG Focus, May 2013.) Ethiopia's performance is emblematic of the gains in sub-Saharan Africa as a whole: 15 countries in the region are in the top quintile of recent-progress scores.
A number of Western countries, meanwhile, posted weak progress. Greece has the lowest recent-progress score among the countries we studied. Not surprisingly, the country's recent-progress performance in economics is also the weakest in our data set.
To better understand the dynamics in Europe, we divided Western European countries into three tiers by current-level scores. The most striking differences between the high and the low groups are in the education and employment dimensions. The countries in the top group (Austria, Denmark, Finland, Germany, the Netherlands, and Norway) are well above the average of those in the bottom group (Cyprus, France, Greece, Italy, Malta, Portugal, and Spain) in both employment and education and made greater progress than the low-tier countries in both dimensions.2 As a result, the gap between the top and bottom tier is growing. The low-tier countries are also below the median in employment and are falling further behind the rest of the world.
Myanmar is one of the new countries in our data set this year. The country has seen a period of major political and economic reforms, culminating in the transition this year to the first elected government in more than five decades. Amid such changes, the country is experiencing a surge in interest from foreign investors. Myanmar's evolution is reflected in its SEDA scores. While the country's current-level score is in the second lowest quintile, its recent-progress score is in the top quintile. Progress has been particularly strong in health and income.
Converting Wealth and Growth into Well-Being. SEDA allows us to control for wealth and growth when assessing well-being. Consequently, we can identify countries that are converting wealth or growth into well-being at above average rates.
When it comes to converting wealth into well-being, several countries stand out. Among them are Vietnam, Rwanda, Albania, and Ethiopia. (See Lotus Nation: Sustaining Vietnam's Impressive Gains in Well-Being, BCG report, March 2016.) (See Exhibit 2.)
Notes:
2.
The midlevel tier included Belgium, Iceland, Ireland, Luxembourg, Sweden, Switzerland, and the UK.

Meanwhile, three Balkan nations are leaders when it comes to converting growth into well-being: Croatia (which holds the number one position), Bosnia and Herzegovina, and Serbia. (See Exhibit 3.) Poland, which had the highest growth-to-well-being coefficient in 2015, continued its strong performance and is in the fifth spot this year.

China continues to produce well-being improvements in line with its robust economic growth from 2006 to 2014. The country's gains have been well above the rest of the world's in investments—health, education, and infrastructure. But China continues to lag behind the median in sustainability—particularly in the environment dimension.
India also has an above average wealth-to-well-being coefficient. India's overall progress, however, is slightly below what would be expected given its growth rate from 2006 to 2014.
Patterns Across Groups of Countries. Our 2016 analysis shows that most of the patterns we identified in 2015 persist—with some interesting variations.

To understand how the private sector can contribute to well-being, we took a close look at the area of financial inclusion.
How can this be measured? The most basic financial service to which an individual can have access is an affordable financial account. Such accounts give people a safe way to deposit money, receive salary and other kinds of payments, and transfer funds to relatives. With that in mind, we used the World Bank's summary measure of financial inclusion: the percentage of individuals over the age of 15 who have a financial account, either a bank or a mobile-money account.3 Mobile-money accounts are typically provided by telecommunications companies.
By this measure, there has been major progress over the past several years. From 2011 through 2014, the number of people with access to a financial account rose more than 25%, from 2.5 billion (51% of the world's adult population) to 3.2 billion (62%).
Progress, however, has not been uniform. Over the past decade, significant gains in financial inclusion have been made in East African countries such as Kenya, Uganda, and Tanzania. The growth in mobile accounts represents much of those gains. India and China have also made major strides. From 2011 to 2014, 185 million people in India and 188 million in China became first-time bank account holders.
In many wealthier countries, the challenge is one of depth—providing disadvantaged groups with financial services beyond very basic options and improving their usage rates. A key to achieving both goals is often the affordability of services. Among developed countries, the US made notable gains from 2011 to 2014, with the percentage of those over the age of 15 with an account jumping from 88% to 94%. But despite that progress, challenges remain; the unbanked rate in some states is more than twice the 6% national level.
As financial inclusion expands, what does this mean for well-being? Our SEDA analysis finds a clear and measurable connection between financial inclusion and well-being. This makes sense. Wealthier countries have more resources to invest in areas that support well-being. And given that financial inclusion tends to be higher in wealthier countries, it follows that countries with more financial inclusion would also have higher levels of well-being.
But even when we control for income, we see a clear and measurable relationship between financial inclusion and well-being. This means that among countries with the same income level, those with higher levels of financial inclusion are likely to have higher levels of well-being.  In fact, we find that financial inclusion accounts for 11% of the difference in well-being among countries—above and beyond what can be explained by differences in income levels.
Why would this be? The logical answer is that financial inclusion is linked to many aspects of well-being that have little to do with income. And our analysis found that three other SEDA dimensions have a particularly strong association with financial inclusion—civil society, governance, and infrastructure—associations that hold even when we control for income.
The link to infrastructure is particularly noteworthy and understandable. Reliable electricity, access to the internet, and well-developed mobile-phone networks—all of which are captured in the SEDA infrastructure dimension—have been key tools for expanding access to financial services in many emerging economies.
Notes:
3.
See the World Bank's Global Findex database on financial inclusion. The 2011 Findex numbers do not include mobile accounts. This has an impact on the percentage change in financial inclusion that is significant for only a few countries.

Any real momentum in financial inclusion requires a solid foundation that consists of two building blocks:
Once that foundation is in place, the private sector can drive rapid innovation to expand financial inclusion. The pace of such innovation is reflected in an explosion of equity funding in the financial technology sector. In 2015, $22 billion was invested in privately held financial technology startups, up from just $4 billion in 2011.
We have examined four countries where private- and public-sector players have experimented with new approaches to expanding financial inclusion:
These experiences highlight how various factors influence what works and what doesn't. And they underscore a critical lesson: approaches that are effective in one country are not always transferable to others.

As we can see in our study of financial inclusion, private enterprises can create social benefits that strengthen well-being. And they can do this in the course of operating their core business—not as a side activity.
To avoid missing such opportunities, CEOs and other private-enterprise leaders—in particular, those with large footprints in emerging markets—can start by asking themselves two questions:
The private sector has a major opportunity to contribute to the well-being of people around the world. And if companies do this effectively, they can boost shareholder value in the process.
Download the Full Report 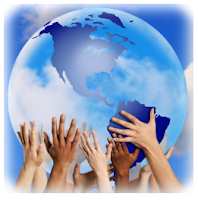